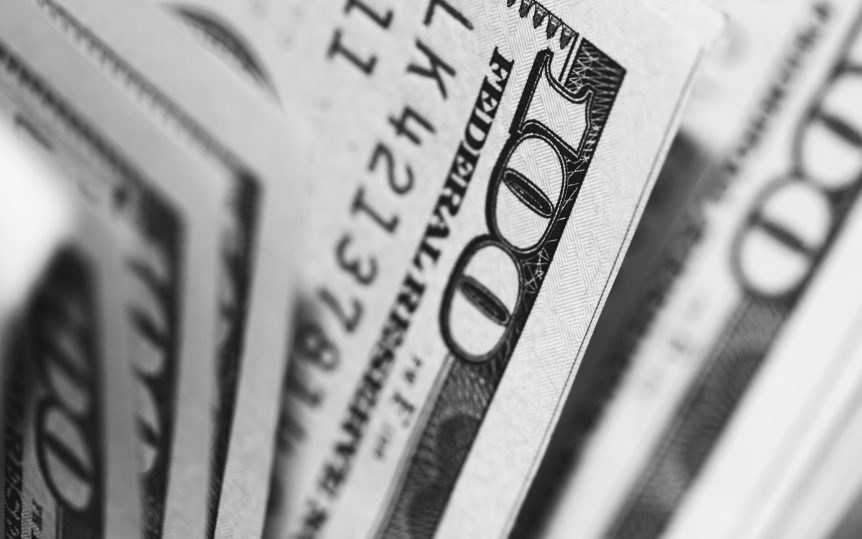 How Much Money do MMA Fighters Make?

Main star and UFC lightweight champion (70 kg) Conor MacGregor became the first fighter in the history of the company, who earned a net fee of $ 1 million for the first fight against Nate Diaz in the UFC 196. But this was only the beginning for the Irish. In the rematch, which was held at the UFC 202 tournament in August last year, he received a check of $ 3 million. At the moment, this is a record fee for a fighter company. He also receives interest from the sale of paid broadcasts. According to Forbes, MacGregor has earned $ 22 million over the past 12 months. His sponsors include Reebok, Fanatics, Monster Energy, BSN, Bud Light, Rolls Royce, and Electronic Arts. But is it really so good at such a young sport?

Often we see news that UFC champions get millions of dollars. In fact, such units: Conor MacGregor, Rhonda Rousey, John Jones – these are the few who can boast six figures in the line of their income. But most of the fighters do not get even a third of these figures. A huge obstacle to a good life and decent wages is that the “Act of Muhammad Ali” still does not work in mixed martial arts.

This act was adopted on May 26, 2000. First of all, the “Act of Ali” protects the rights and welfare of boxers. According to its basic principles, promoters and managers cannot compile ratings, influence the position in their athletes, and also have a direct or indirect financial interest in each other’s actions.

The undoubted advantage of this act is that the promoter cannot earn more than the boxer himself from the match. In percentage terms, this is 65/80 in favor of the boxer and 20/35 in favor of the company. It is worth noting that boxing is a centuries-old sport that has built its system for decades. However, if leading MMA companies want to go to the big leagues and catch up with boxing in numbers, they will have to pass a similar law.

The first steps were taken in November last year when fighters like Kane Velasquez, George St. Pierre, TJ Dillashaw, and Donald Cerrone created the MMA Fighters Association. This alliance is intended to rally fighters against the monopoly of a corporation. After six months, no significant steps were taken to achieve the desired. It seems that only the stars of large caliber are able to influence the situation.

At the moment, the fighters are considered individual entrepreneurs, so they pay tax on their income. In the US, there are two types of tax: city tax, which usually amounts to 3-9% of income, followed by state tax from 15 to 35%, depending on income. Take for example the average UFC fighter with an annual income of 36 thousand dollars. The fighter pays the average tax in the amount of 9 thousand dollars, then comes the salary paid to the manager in the amount of 20% of the income – 5400 dollars. Next on the list of expenses is the payment of 10% to the doctor. As a result, 19,440 dollars of net income, which is very little as the main type of earnings for a fighter, since the average salary in the USA is 30 thousand dollars.

State of the company UFC Dana White is estimated at 300 million dollars.

A good example is that UFC light heavyweight Patrick Cummins works as a waiter in his city, as he lacks money to support his family. Another recent example is that in 2013, the lightweight Reza Madadi robbed a jewelry store in his native Sweden. For which he served a term of 18 months in a local prison, the benefit of Madadi was able to get back to the UFC. For the UFC 210 tournament, the fighters received a total of 2,617,000 dollars. The company’s revenue from the sale of tickets amounted to 2 million, and this figure should be added to the income from sales of paid broadcasts and merchandise sales. In total, it turns out that the company earned about $ 20 million, and the fighters received only a tenth.

At Bellator, which is in second place in terms of income and scale, it is even worse. The average check in the promotion is 2.5 times lower than in the UFC. But the company has a trump card in the face of sponsorship contracts.

Of course, there is also a bright side in MMA: the average wage has doubled over the past five years. The main star of the UFC, Conor McGregor, showed by his own example that you can go against the corporation and defend your rights. But whether the rest can fight for their rights and decent wages, time will tell.

Amateur wrestlers vs. professional wrestlers
There is a brutal difference to take into account if we talk about the salary of a fighter. An amateur will not charge the same as a professional, so each one acquires a certain cachet depending on their opponents, their combats, their technique and of course, their trajectory.

Filling the stands for an evening is a much more difficult challenge than filling a football stadium in our country. This is one of the main reasons why you should not believe that a Spanish fighter can get to charge the same as an American fighter. Our titans charge depending on the people who are going to see them.

If you ask about amateur salaries, they do not usually charge anything per event. Maybe, about 60 euros per evening, in addition to travel or accommodation if necessary.

When you already acquire some influence, you can get to charge between 90 and 300 euros per evening. Depending on the number of rounds and if they are fighting for a belt.

When we are already at the professional level, we are talking about exchanges and contracts where the amounts are negotiated before the fight. Normally, a professional could charge between 300-1,000 euros, always depending on the importance of each fighter.

How much does a UFC fighter earn?
The figures are entirely indicative because it is true that each fighter is a world and each business is exclusive between the wrestler and the promoter of the event.

In the end, each one charges what they negotiate and these data serve to make you participants in the differences that exist between American wages and those in our country.

Also to raise awareness that contact sports are still booming in Spain and still have a long way to go.

You’ll wonder if the differences between salaries are so big, so let’s take a quick look at the salaries of some American wrestlers.

It is true that here we must also take into account the most renowned fighters of the company. Since all of them will be above the others as far as salary is concerned. There are salaries that are only available to some legends, although a UFC fighter can charge $ 35,000 per combat.

It should also be noted that after each event, the UFC rewards the best matches and the company can reward wrestlers with a special bonus of $ 50,000.

There are four types of awards:

We all know that being an MMA fighter is hard work, which involves sacrifice, training, and effort.

The first reward a fighter seeks is personal. And although everyone dreams of being financially rewarded and being able to live off their favorite sport, there are only a few who achieve it.

UFC President Dana White has managed to take the American company to the top of the MMA world.

The sales records of pay per view, sponsorships, promotions and all the elite fighters that make it up, have made UFC one of the best mixed martial arts companies.

But, how much do the richest MMA fighters charge?

Richest Fighters of the UFC 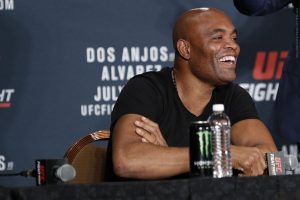 Anderson Silva has managed to defend ten times the same title, thus obtaining the longest reign in UFC history. In addition, Silva has the longest winning streak of the company, having won 16 bouts in a row in his career.

The Brazilian fighter is also one of the richest in the company and although he is not going through his best moment in the MMA, he got to receive more than $600,000 for a single fight. 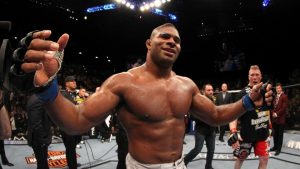 Last year, the fighter had two bouts, one of them won by TKO against Andrei Arlovski and another in which he was defeated against Stipe Miocic. Despite that lost match, Overeem took the “Night Combat” bonus and in addition to the bonuses, Alistair Overeem went home with 800 thousand dollars for confrontation.

Nate took half a million dollars to beat Conor McGregor. In addition, thanks to pay per view, he earned 2 million dollars. With those winnings, Nate Diaz is placed in the top 3 of the richest fighters in UFC. 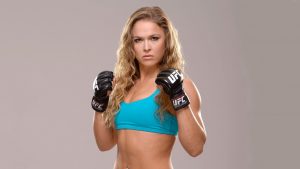 The MMA fighter, who had been retired for more than a year, decided to return to the cage where she was severely defeated by Amanda Nunes. During 2016, thanks to pay per view, sponsorships and their fight, more than 3 million dollars were disbursed. A defeat that was “expensive”, but also managed to lift her to second place among the richest UFC fighters. 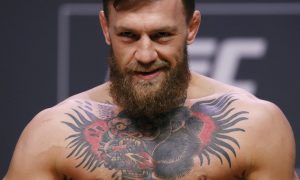 How would not be Conor McGregor topping the list of the world’s biggest money fighters? The star of the UFC and one of the most media fighters of the moment, has managed to win over 7 million dollars with just two bouts, thanks also to sponsorships and the percentage of pay per views.

Pay up and watch

Irishman Conor McGregor is the highest paid and most popular UFC fighter. He has excellent statistics – eight wins in nine fights, and he knocked out his 66 kg champion belt in 13 seconds. But for UFC and Conor’s opponents, it’s more important than that – McGregor knows how to spin fights, which gives all parties a chance to earn a lot more.

The promoter organization’s income directly depends on the TV: if in Russia all UFC tournaments show on “Match TV” for free, in North America the main events can be seen only for money (broadcasting of the tournament with the main fight of Alvarez – McGregor in HD costs $30). And McGregor on the poster is more than $1.5 million of sold broadcasts: he is noisy, scandalous, he has a non-standard, partly movie manner of fighting, he periodically receives other celebrities – Cristiano Ronaldo or Gore from “Game of Thrones”. And most importantly, he is Irish. In the U.S., about 40 million people with Irish roots – and this is a more solvent audience than fans of Nurmagomedov. In addition, the tournament was the first time in the history of the MMA to arrive in New York, and in this city, the Irish are one of the most powerful ethnic groups.

MMA conquers the world: the full hall in Myanmar is going to the fights of Asian tournament ONE FC

At the same time, Conor’s own earnings, including television money (he receives a percentage of the broadcasts sold), may be more than $10 million per fight (of which $3 million is a guaranteed amount per cage). In the autumn of 2016, McGregor publicly promised that his income for the year will be $40 million – in the list of the highest paid Forbes athletes, it will raise him from 85th place to the top twenty. Perhaps that’s why six months ago Conor did not react in any way to the offer to fight in Russia for $2 million on the Fight Nights show. In fact, it was the first attempt of the Russian promotion to organize a fight in Russia of the actual foreign star of MMA. Thus fighters of UFC have the possibility to earn in Russia even without fights. For example, Brazilian Fabricio Werdum (who won in 2010 by Fyodor Emelianenko) cooperates with the Akhmat club, supports it also in conflict situations, comes to Chechnya periodically (such a contract can bring a fighter of the Verdum level from $30,000 per month). In 2013, the same Verdum and other MMA stars came as guests of honor to two combat shows “Legend” (the organizer of these tournaments, Ruslan Suleymanov, was detained in 2016 in connection with the theft of 800 million rubles).